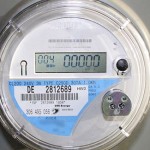 It’s a global phenomenon we’ve been predicting for years here at Elemco, and it’s starting to take shape rapidly: with the rising awareness that tomorrow’s cities and towns need to be planned with sustainable “green” technology in mind, there’s been a correspondent, growing awareness of just how much power gets consumed in the office or at home; as well as a demand for devices that allow one to monitor and regulate energy consumption. According to a new report from clean energy research firm Pike Energy, worldwide shipments of high-tech building submeters will grow astronomically this decade from the current figures. As LEED and BREEAM certification incentives become more widely known, and given that the sustainable housing market is set to grow into an $84 billion juggernaut by 2020, it’s only logical to conclude that 24/7 electricity monitoring will play a key role.

Certification programs like LEED and BREEAM have become popularized in the world’s imagination, and not a moment too soon: the 2000s saw a decade of rampant urban development and sprawl (both upwards and outwards) that boggles the mind. Examples are to be found everywhere. Dubai, in the UAE, grew from having a population of 225,000 in the early nineties to one that is now estimated at well over 2 million – a tenfold increase. Shenzhen, once a small fishing village at the mouth of the Pearl River Delta in China, has leapfrogged – since the 1980s – into becoming one of the largest cities in the world, with over 10 million residents and counting. While the reason behind the staggering growth of these two cities is vastly disparate, the overall effect remains much the same: the United Arab Emirates is ranked as having the highest per capita carbon footprint in the world, ahead of even the United States. And the Pearl River Delta of China, where one third of the world’s total manufacturing output is located, is one of the most spend-happy areas of Earth in terms of energy consumption.

Eventually, the need to reduce energy consumption will come back to haunt cities like these; in fact it already has. Masdar City in Abu Dhabi, the United Arab Emirates, is slated to become the first carbon-neutral neighborhood on the planet. Not to be outdone by its UAE neighbor, Dubai has launched an initiative for a “Sustainable City” to be modeled after a sustainable project begun at U.C. Davis in Northern California. The future of the market – and of the planet – depends on the adoption of green standards and green technology. It’s nice to know that we at Elemco are ahead of the curve both in terms of the technology we provide, and the green values we promote. Contact us today to see how you can bring your own Building or Business to the “lead” of the LEED pack.